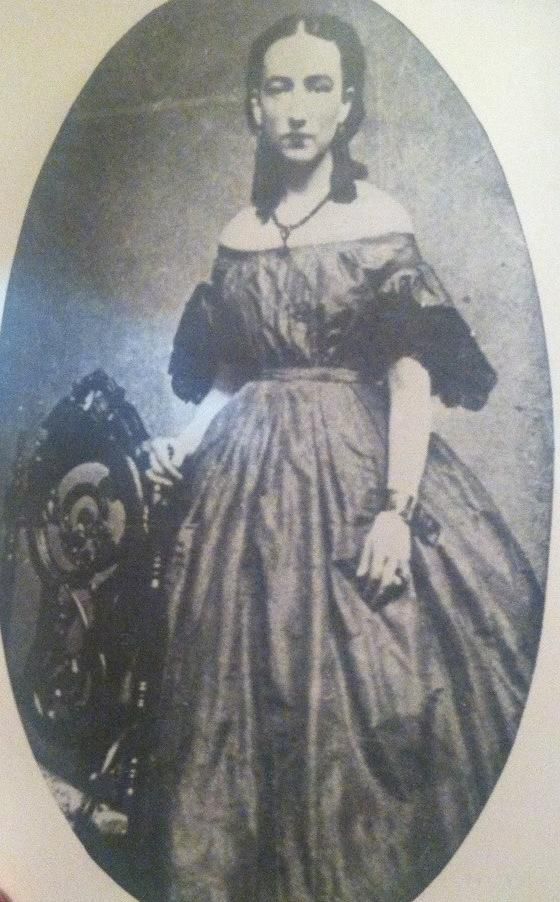 The coronavirus pandemic has made most of us recluses by decree. Which set me to thinking about people who, for known or secret reasons, purposefully removed themselves from society. One of the most interesting historical hermits was a woman named Ida Mayfield Wood. Gather 'round for the strange story of the woman known as "The Rich Recluse of Herald Square."

Ida never had any intention of renewing contact with the outside world, but on March 5, 1931, death made it necessary. At four o’clock that afternoon, the 93-year-old did something she hadn’t done in 24 years of living at the Herald Square Hotel: she voluntarily opened the door, craned her neck down the corridor, and called for help. Her sister had died.

During the next 24 hours people filtered in and out of room 552: hotel staff, an undertaker, lawyers. The room was crammed from corner to corner with piles of yellowed newspapers, balls of used string, paper, and several large trunks.

The manager said he had worked at the hotel for seven years and had never seen Ida Wood or her deceased sister. His records indicated that they had moved into the two-room suite in 1907. They always paid their bills in cash and never once let the maid in to clean. The bellhop called on them once a day to deliver crackers and evaporated milk, and sometimes Cuban cigars. Ida always tipped ten cents, telling him that money was the last she had in the world.

As the undertaker prepared her sister’s body just a few feet away, Ida Wood suddenly grew talkative. She said she had been a celebrated belle in the South and a prominent socialite in the North. Her husband was Benjamin Wood, the brother of Fernando Wood, former mayor of New York and perennial congressman. She had, despite her complaints to the bellhop, a good deal of cash stashed in her bedroom.

At first they all thought she was senile, but Ida was telling the truth—at least partially. She was indeed the widow of Benjamin Wood. Theirs was a happy marriage, with one exception. Ida excelled at saving money but Ben was a careless spender and avid gambler. They devised a compromise: She promised not to interfere with his gambling as long as he gave her half of everything he won and absorbed all losses himself.

Ben died in 1900. Seven years later, at the height of the financial panic, Ida checked into the Herald Square Hotel and disappeared, effectively removing herself from her own life. There she stayed, without notice or trouble, until her sister's death.

Benjamin's son from his first marriage hired lawyers to search the room. Inside an old shoebox they found $247,200 in cash, mostly in $1,000 and $5,000 bills. They thought that was all of it until the following day, when a nurse tunneled a hand up Ida’s dress while she slept, retrieving an oilcloth pocket holding $500,000, all in $10,000 bills. They also uncovered expensive European lace, exquisite jewelry worth more than $100,000, and gold certificates dating back to the late 1860s.

Ida died in March, 1932, one year after her sister. In the ensuing battle over Ida's fortune, a judge uncovered her true history. She hadn't been a wealthy Southern belle, daughter of a prominent Louisiana sugar planter. Instead her father had been a poor Irish immigrant who settled in Malden, Massachusetts in the 1840s. Her mother had little formal education and grew up in the slums of Dublin. Ida’s real name was Ellen Walsh, and when she was in her teens she adopted the surname “Mayfield” just because she like the sound of it. Benjamin never divulged her secrets.

Toward the end, when the shades were drawn and the tattered lace curtains pulled tight, Ida shared one final memory. When she was a young girl she noticed a sign in a window: “Your Future and Fortune Told.” She saved up the money for a consultation. In the dingy parlor, the old gypsy seer traced rough fingertips over her palms and spoke in dulcet tones.

“My dear,” the gypsy said, “you are going to be a very lucky girl. You are going to marry a rich man, and get everything you want out of this life.” Ida believed it was true—and that, at least, they could never take away.