My grandmother used to tell me stories about growing up during the Great Depression, and she once relayed a tale about a cousin who saw Gypsy Rose Lee perform around 1935. “She took a full fifteen minutes to peel off a single glove,” the cousin said, “and she was so damn good at it I would’ve gladly given her fifteen more.”

So this story got my thinking: who was Gypsy Rose Lee? I spent three years researching the answer, research that included connecting with her late sister, the actress June Havoc—I was the last person to interview her—and I discovered that Gypsy, by design, was nearly impossible to know. But the following list is a good place to start:

Gypsy was born, 100 years ago this January, with a caul over her face, which she took to mean she had a gift for seeing the future. When she was a kid on the vaudeville circuit, she spent her downtime telling fortunes and reading tea leaves. One day she had a vision about a boy in the act—she saw a terrible car accident in which he was decapitated. This vision came true just a few weeks later, and she never read tea leaves again.

She began working in her sister’s vaudeville act when she was just four years old. Vaudeville was like the reality TV of the 1920s, featuring authentic talent like Harry Houdini and Fannie Brice, but also some strange and occasionally disturbing characters as well. One of my favorites was a man named The Amazing Regurgitator. For his grand finale, he had his assistant set up a small metal castle onstage while he drank a gallon of water followed by a pint of kerosene. To the accompaniment of a drum roll, The Amazing Regurgitator ejected the kerosene in a six-foot arc and ignited the tiny castle in flames. As the flames grew he then ejected the gallon of water and extinguished the fire.

Gypsy and June’s act was called “Dainty June and Her Newsboy Songsters.” June was the star, and Gypsy (called “Louise” as a kid) was a newsboy. One of their numbers featured a dancing cow. Gypsy said June always made her work the back end of the cow, but June disputed this claim. June told me: “Gypsy couldn’t dance that well.”

In order to become a legend, Gypsy had to survive her mother, the infamous “Mama Rose,” who turned Gypsy and her sister against each other, fed them on one dollar per day while she carried at least $30,000 in a bag tied around her waist, seduced men and women in equal numbers, threatened to blackmail Gypsy for every dark and secret thing she’d done before making it big, and literally killed—more than once—to get her daughters onstage. (For the record, Rose Hovick was never called “Mama Rose”—not in real life, and not in Gypsy the musical. For a brief time she called herself “Madame Rose.”)

Gypsy was, according to June Havoc, “very involved in the underworld.” June said she was one of their pets, just like Sinatra, and that she “had no shame.” Gypsy’s mother never taught her to brush her teeth and refused to take her to the dentist. It was a gangster, a top bootlegger named Waxey Gordon, who finally took care of Gypsy’s teeth, and Waxey expected plenty of favors from Gypsy in return.

Gypsy the person had a conflicted, tortured relationship with Gypsy Rose Lee the creation. For all of Gypsy’s mental fortitude and steely nerve, she was physically weak and oddly susceptible to illness. “The body reacted,” June said, “because the soul protested.” Taking just one aspirin could upset her stomach, and she suffered from severe ulcers that made her vomit blood. She adored her creation because it gave her the things she’d always wanted—fame, money, security—but she loathed its limitations, either real or perceived. She lived in an exquisite trap she herself had set.

Gypsy was desperate to be taken seriously as a writer and intellectual. She wrote essays for The New Yorker, a play that was produced on Broadway, two novels, and a memoir. While living at an artists’ colony in Brooklyn, working on her first novel, Gypsy was rumored to have had a fling with writer Carson McCullers. Each night Gypsy would feed Carson homemade apple strudel and then they’d snuggle in Gypsy’s bed. She also became good friends with William Saroyan, even though she was jealous of his talent. “If I have night lunch with a smarty pants like Saroyan,” Gypsy once confessed, “I want to spit on my whole damned manuscript.”

If Lady Gaga and Dorothy Parker had a secret love child, it would’ve been Gypsy Rose Lee. The woman knew how to make a dramatic entrance. On opening nights at the Met she would arrive in a long black limousine and step out wearing a full-length cape made entirely of orchids. She cultivated this image as a grand dame, but backstage, in her dressing room at Minsky’s Republic, she invited her burlesque friends to come watch her perform some very naughty tricks with her pet monkey.

She always had a witty quip for any occasion. When she was arrested during a raid at Minsky’s Republic, she protested, “But officer, I wasn’t naked—I was covered by a blue spotlight!” When The G-String Murders was released, she told her publicist, “I’ll do my striptease in Macy’s to sell a book. If you would prefer something a little more dignified, make it a Wannamaker’s window.” When she appeared on Johnny Carson’s show in the 1960s, the comedian announced, “Gypsy Rose Lee says she is going to take her clothes off.” To which Gypsy replied, “Why, Johnny, you know I’d never end a sentence with a preposition!”

There were no limits to her frugality. She was a true child of the Depression and itemized everything, on a daily basis, from cab rides to tips at the hair salon. When Edward R. Murrow came to interview her in her Upper East Side mansion, she accidentally dropped a hammer on her new marble floor—and then billed CBS for the damage.

During World War II, Gypsy was immensely popular with soldiers. In 1943, she embarked on a tour and performed at forty army and navy posts throughout the country. Soldiers named a stripped-down model of the Curtis P 40L Fighter A/C the Gypsy Rose Lee. By the end of the war, ten regiments had named her their “sweetheart.” During the Vietnam War, she entertained troops in Southeast Asia. By this time she was in her fifties, and jokingly said she was “sort of like a sexy grandmother.”

She was brilliant, wholly original, and ballsy as hell, but also maddening, tyrannical, and impossible. Gypsy’s third husband, the artist Julio de Diego, wrote a poem for Gypsy that concluded with these lines: “Strangled her to shut off her torrent of verbal abuse.”

While other headliners stripped off every stitch of clothing (and, in some cases, their dignity as well), Gypsy backed up against the velvet curtain, standing tall and regal and unobtainable; the audience always begged for more and was secretly pleased when she refused. She was adored by factory workers, politicians, soldiers, Eleanor Roosevelt, gangsters, New York’s literary elite and everyone in between.

When Gypsy was diagnosed with lung cancer and began radiation, she looked around at the other patients and told her son, “You know, when I look at all these people I can’t bring myself to berate God for giving me such a horrible disease. I’ve had three wonderful lives, and these poor sons-a-bitches haven’t even lived once.” 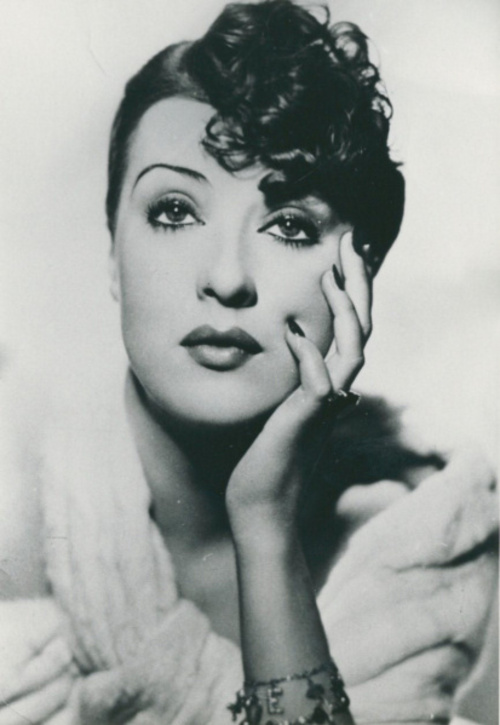