My interest in Gypsy Rose Lee stemmed not from the movie or play based on (part of) her life but from television—reality television in particular—a medium and genre that didn’t even exist when a girl named Rose Louise first talk-sang lyrics on a stage. In our current cultural norm, where the route to fast (if fleeting) fame is to package and peddle moments once considered private domain, there is something compelling about a woman who achieved lasting, world-wide renown without letting a single person truly know her. The “most private public figure of her time,” as one friend eulogized Gypsy, sold everything—sex, comedy, illusion—but she never once sold herself. She didn’t have to; she commanded every eye in the room precisely because she offered so little to see. 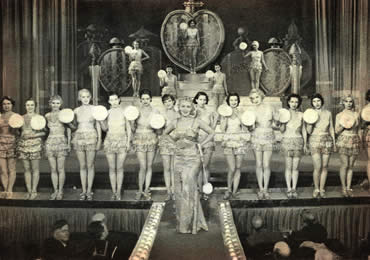 Trying to discover Gypsy the person, as opposed to Gypsy the persona, became the sort of detective story she herself could have written. Her memoir contains nuggets of truth—the rotating collection of pets, the struggles during the Depression, the family’s wary views of men—but these were tempered throughout by invention and fantasy, whatever Gypsy decided would best benefit the character she’d so meticulously created. It was fitting that Gypsy the musical—a production Frank Rich of the New York Times called “Broadway’s own brassy, unlikely answer to King Lear”—was and is billed a “fable”: Gypsy had always preferred stories that favored ambiguity over clarity, and humor over revelation.

I spent many hours thoroughly engrossed in Gypsy’s archives at the New York Library for the Performing Arts, and after awhile even the most prosaic bits of information (or lack thereof) became suspect: Were the New Year’s goals listed in her diary (“Speak well of all or not at all,” “I will try to live each day as tho I’m meeting god that night,” “To be right too soon is to be in the wrong”) written honestly in the moment, or with an eye toward posterity? Wasn’t it odd that she spent a month detailing her mother’s hospice care, yet recorded her death in four succinct words? (“Mother died at 6:30.”) Wasn’t it odder still that she was similarly terse in noting the death of Michael Todd, the one great love of her life?” (Mike was killed in a plane [crash] at 4:30.”) And how could an iconic sex symbol write a memoir without once mentioning her own sex life?

So I read and reread and fact-checked everything I could, tasks that helped me clarify supporting characters and timelines but did little to unravel the layers of Gypsy’s mystique. To that end, I was incredibly fortunate to connect with the two living persons who knew Gypsy best: her only son, and her only sister. The relationship a woman has with her child vastly differs, of course, from the one she has with a sibling, and the intensely personal anecdotes and insights Erik Preminger and June Havoc were kind enough to share went a long way toward revealing parts of Gypsy I would otherwise never have seen. From Erik, I gathered that his mother was an array of complexities and contradictions: a “madly self-assured” woman who hid her nerves and insecurities; an avid student of Freud who disdained introspection; a “fairly sad person” and “wounded soul” despite a desperate need to “keep her heart close;” an authority figure capable of inspiring awe and exasperation and loyalty and fury and love, often within the very same moment. 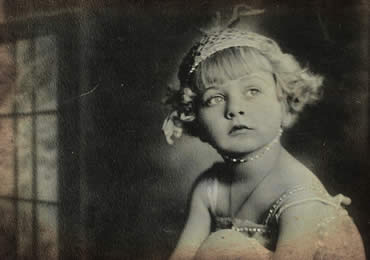 June’s memories are darker and more melancholy, which I attributed partly to the fact that she’d expected to die relatively young, just like her mother and sister before her. It is hard to fathom that the brave, brilliant girl she knew as Louise has been gone, now, for forty-one years—nearly half of June’s remarkably long and wonderfully rich life. I first met June in March 2008, exactly two years before she passed away, hoping she would guide me through Gypsy’s mythology, peeling away the punch lines and fanciful digressions to reveal a core of truth.

When I arrived at June’s Connecticut farm I found her lying in bed, her hair done up in pert white pigtails, a snack of Oreos and milk arranged on a side table. Her eyes were a bold shade of blue and painfully sensitive to light; she couldn’t go more than a few moments without moaning and clenching them shut. She was ninety-four years old, give or take (her mother, the infamous “Madam Rose,” was a prolific forger of birth certificates) and the legs that once danced on stages across the country were now motionless, two nearly imperceptible bumps tucked beneath crisp white sheets. She painted a deceptively frail picture, I learned soon enough; this wisp of a woman had retained her survivor’s grit, her cannonball voice, her savvy instinct to question any stranger prying so deeply into the past. A part of me believed, all physical evidence to the contrary, that, if so inclined, she could leap up and strangle me with quick and graceful hands.

But she was welcoming and funny (lamenting a life steeped in “rumorsville”), and genuinely appreciative of my gift—a video of her four-year-old-self performing in a 1918 silent film. She gave canned answers to certain queries—answers I’d heard or read elsewhere that nevertheless seemed illuminating when delivered face-to-face by that deep and resonant voice. If her sister had showed any talent at all, she, June, would never have been born. Her vaudeville audience was like a “big, warm bath,” and the closest thing she had to family. Her mother was by turns tender and pathetic and terrifying, broken in a way that no one, in that time or place, had any idea how to fix. The musical Gypsy distorted her childhood so thoroughly it was as if “I didn’t own me anymore.” The tone of her fan mail changed overnight, from sentiments of “loving affection” to “what a little brat you must have been.” June realized her sister was “screwing me out in public,” and that, in the end there was no stopping either Gypsy or Gypsy; the play was both her sister’s monument and her best chance for monumental revisionism. 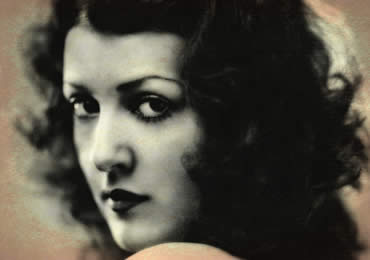 It took another visit for June, just as private as Gypsy, to share bits of memories she’d never pressed into a scrapbook, memories that defined her life even as they long lay dormant and unspoken. Money was Gypsy’s “god,” and she would do anything to anybody, including June, to make more of it—and not just with regard to the musical. Gypsy did in fact do things, not only to June but to herself—“terrible” and “awful” and “shocking” things, things beneath her sister’s formidable intellect and keen wit, things that made June believe, to that day, that love (even love fraught with competition and jealousy) never existed between them at all.

I asked and listened, for as much time as June gave me. I asked until her patience wore thin and her eyes watered with the effort to stay open.

“I hope I didn’t upset you today,” I whispered, bending down to her ear. “That’s not my intention.”

“I know,” June said. Those startling eyes found their focus, settling on mine. “I know you’re on a story… and I’m sorry I couldn’t be more open about some things. Some things are just… I’m still ashamed for her. I’m still ashamed. I wish they hadn’t happened.”

“Would Gypsy wish the same?” I asked.

A pause, and I said, feebly, “You were a good sister to her.”
One of those quick and graceful hands emerged from the sheet. She coiled long, blade-thin fingers around my wrist.
“I was no sister,” June said. “I was a knot in her life. I was nothing.”

She retracted her hand, gave her eyes permission to close. I kissed her cheek and crept out the bedroom door. I was grateful she let me inside—even on the periphery, even briefly—and I suspected she was saving her own questions for the day she reunited with the sister she did profess to love, the one she still called Louise.

American Rose tells the story of the legendary Gypsy Rose Lee and the people lucky enough to have known her, in any capacity. There’s deception and betrayal, triumph and tragedy, ambition and failure and murder—much of it sensational, and all of it as true as I could tell it. Anything that appears in quotation marks, dialogue or otherwise, comes from a book, archival collection, article, journal, government report, or interview. When I occasionally slip inside Gypsy’s head, I do so using the most careful consideration of my research, and with the tantalizing, agonizing knowledge that there is certainly more to the story. Gypsy Rose Lee, herself a master storyteller, knew better than to give everything away.